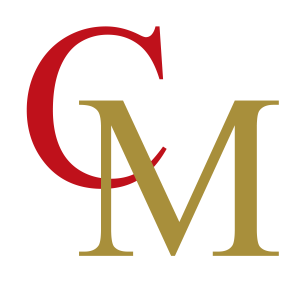 Helping you add fire, vitality, and strength to your leadership and marketing goals.

As I say in my Leadership for Women Web Series, culture is a construct. Culture is defined as “The customs, arts, social institutions, and achievements of a particular nation, people, or other social group.” In other words, it’s something we all agree to acknowledge and follow.

Unfortunately for women, for hundreds, perhaps thousands, of years, women were relegated to a passive, dependent role in most male-dominated cultures. In short, this has caused us to exhibit some behaviors that, while seemingly help us get along, in fact, hold us back. I’ve struggled with many of these mistakes myself, and as I’ve moved into a leadership role I’ve noticed women, and sometimes men, making these same mistakes in an attempt to appease others, control their environment, or fit it with the group. Here, I share what I’ve learned so we can stop making these mistakes that hold us back at work.

Undervaluing the Work You Do

How many times have you said when given a compliment or praise, “oh, it was nothing” or, “thanks I really didn’t do that much?”

Do you struggle with your salary negotiation, or pricing your small business services?

You are undervaluing the work you do, the skills you have, and the value you bring to your team. Instead, if someone pays you a compliment, give them a genuine “thank you,” and if you are uncomfortable turn the subject to something about them. Ask them how their project is going for example. But by all means, do not negate their compliment. Doing so makes them feel like they’ve done something wrong and doesn’t allow you to absorb their praise.

If you are struggling with pricing your services, do some competitor research on what other firms, headed by men, are charging. Men tend to be much more brazen about their worth and we could learn a thing or two from them. Remember that price equals value for many people, so underpricing can send a signal that your services aren’t as high quality as the higher-priced firms. It’s subtle, but it can affect trust around your brand.

When there are fewer opportunities, as there are for women in leadership roles, we tend to see other women as our competition rather than our allies. We scrap for resources and look at moving up as a battle that needs to be won or lost. We are tempted to put down other women, make passive-aggressive remarks, or criticize in an attempt to undermine them in the success they’ve already earned. Resist this temptation at all cost. Instead, work on building a network of women, and men, that support each other. Build bridges.

If you’re not sure if you’re being passive-aggressive, get a free downloadable chart on passive versus assertive behavior here.

Comparing Yourself to Others in Ways that Undermine Your Confidence

It’s one thing to have a healthy competition with your peers that helps you learn and grow. It’s quite another to compare ourselves to others and feel inadequate or like we’ll never be good enough. Remember that no matter what you do, there’s always someone that looks like they are doing it better. They have more followers on Instagram, their website ranks higher, they make more money, dress nicer, have better hair. If you allow these comparisons to drain your self-worth, you’re in trouble. Instead, look at what you can learn from these people and allow yourself to be inspired.

Failing to Challenge Yourself

When was the last time you said, when asked to lead a project or do a task that’s normally outside your area, “that’s not my job?” If this is you, you might be missing out on an important leadership opportunity, on making new relationships in your organization or community, or adding new skills to your toolbox. If we only do what makes us comfortable we are never going to grow beyond what we can already do and what we already know. The reality is, you have to try new things in order to fulfill your goals and potential. The next time you’re tempted to say “that’s not my job” think about how you might be holding yourself back.

Deliberately Diminishing Your Thoughts and Ideas

How many of these phrases do you use in a day?

Prefacing your ideas with phrases like these diminishes their value and impact. Many women mistakenly think that by removing these phrases they are being rude or “acting like a man.” They think they need to soften their language to be heard. Instead, it’s often the opposite. Softening your language keeps your peers from taking you seriously, listening to your ideas, or giving them value. They also make your emails and statements longer, more confusing, and less likely to generate a response. Instead, work on being assertive and concise. You can be assertive, respectful, clear, and kind at the same time. If you’re still worried about seeming rude, watch my video on Getting Respect Without Acting Like a Man.

Does gender bias exist? Yes. We can still work on these life mistakes while we work to challenge the forces outside us. Let’s commit to growth, becoming more assertive, and holding each other up.

If you’d like to work one on one with a coach on these issues I’m here for you! Contact me or get started with my coaching intake form.

Get Started with Coaching